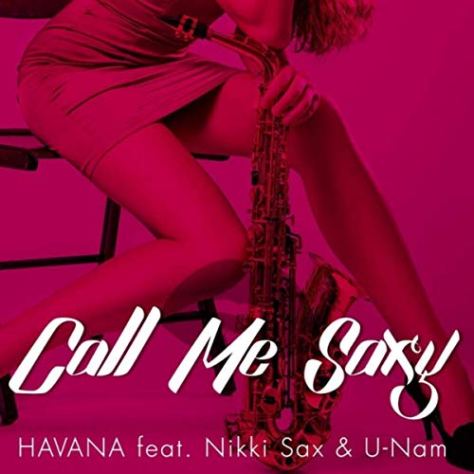 A musical trendsetter with nine (yes nine) Top30 Billboard hits to his name writer, producer and guitarist extraordinaire Emmanuel “U-Nam” Abiteboul continues to invigorate the world of smooth jazz with an approach that is both innovative and daring.  A string of solo albums, with another planned for February of this year, plus side projects such as the critically acclaimed Groove Ltd. (via which he released the hugely successful “First Class”) have marked him out as a perennial trend setter and now, brand new for 2019, he is all set to do it again with “Call Me Saxy”.

This cool collaboration that is due for release on the Skytown Records label in the last quarter of 2019 finds him teaming with an exciting all female line-up sax players including his latest protégé Nikki Sax and it is Nikki who features with U-Nam on “Havana”, the first single from the album to be serviced to radio.

The duos’ sumptuous reworking of the song that in 2017 was a hit for Cuban-American vocalist Camila Cabello is a triumph for U-Nam’s production skills. Gone is the rap that on the original was provided by Young Thug and in its place is the sophisticated interplay, underscored with a smooth Latin lilt, which showcases to perfection the artistry of Nikki on sax and U-Nam on guitar.

All this points to a meteoric rise for Nikki, a classically trained musician, who was raised and educated in the Ukraine and at age twenty-one, has already performed in India, Turkey, Thailand, Jordan and extensively within her home country. Indeed with looks that are stunning, talent to burn and a newly signed recording contract with Skytown Records the stage seems set for Nikki Sax to be the next big thing in sax driven smooth jazz.

“Havana” is the first single to be taken from U-Nam’s “Call Me Saxy” project and will be going for adds January 28, 2019.