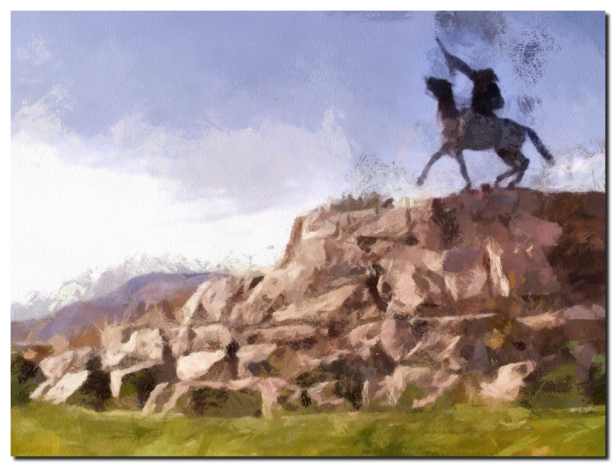 It took special people to settle the American West–people of vision and courage with strong values and beliefs. This uniquely American story starts with the land and its first peoples, and extends through the centuries to the present day—western experiences that refine the spirit of our nation.

Since 1917, the Buffalo Bill Historical Center has been committed to the greatness and growth of the American West—keeping those western experiences alive for today’s visitors and those in the future. Just as William F. “Buffalo Bill” Cody “took the West to the world,” we’ve taken on the challenge of bringing the West to you.

The museums include the Buffalo Bill Museum, which features general western articles and historical items that help tell the story of W. F. “Buffalo Bill” Cody’s life. A large amount of background and historical information is provided so as to put his life into context with what was going on in the country, especially out west, at that time.

For over two decades the Yellowstone Jazz Festival has been bringing top jazz performers and musicians in the Yellowstone National Park area to participate in jazz concerts during the Festival. Smooth Jazz fans will attend the concert of Dotsero.

The Soiled Dove Underground is in a state-of-the-art building in the heart of the Lowry Landmark Urban Community. Long-heralded as one of Denver’s premier locations to see a concert, the Soiled Dove has a reputation for bringing quality acts to Denver. The room is configured with three levels of tiered seating arranged in a semicircle facing the stage and generous dance floor. With each seat no more than 45 feet from the stage, the Dove is Denver’s intimate concert experience. Appetizers & cocktails are available to enjoy during shows. In addition to live music performances, the venue is also known as a unique space for large private events.

The lighting is fairly dim, adding to the “underground” feel. It’s a small place, so any seat would have a great view of the stage. The food and drinks are fairly reasonably priced.Very intimate, it seats about 300 people at tables and along along bar that runs along the front of the main floor. The “pit” is sunken and has 15 tables, the main floor has a bar that runs along the edge of the pit and the rest of the floor has high top tables, there is a raised area in each corner of the main floor with a few more tables.   They have a state of the art sound system for a large stage compared to the rest of the room.