Italy was the second country to be ravaged by the novel coronavirus disrupting and threatening life, economics and the freedoms perhaps we took for granted. While encamped at his house near Rome on the coast close to the Tyrrhenian Sea that is part of the Mediterranean basin, forward-thinking multimedia jazz artist Paolo Rustichelli began contemplating life after quarantine while surrounded by ancient Etruscan temple ruins. His vision created the sensual aural and visual feast titled “Hot,” the new single and video impacting radio on May 4. He intends the project to serve as a charm to ward off COVID-19.

“‘Hot’ is a musical hymn implying the take back of our freedom from quarantine as we enter a summer of regeneration from our present burden with coronavirus. Reading between the lines in Europe and what happened in China, I composed a liberating song in March to celebrate regaining health and freedom from the threat and oppression caused by the virus. You can think of this song as a ‘spell’ or a charm to regain our health after a period of self-quarantine, thinking also that in ancient times, charms or spells were generally sung with the aid of musical instruments. ‘Hot’ is dedicated to a new summer of spiritual and physical regeneration,” said Rustichelli who composed, produced and performed the track using electronic plug-ins.

Popular Dutch jazz musician and saxophonist Naomi Adriaansz releases her new EP entitled ‘Soulstice’ on May 1st, 2020. The ‘Soulstice’ EP delivers five of her original compositions. These are intense, energizing, atmospheric, electronically-infused tracks with driving beats and soaring sax solos. Naomi collaborated with Dutch keyboardist and producer Frank Pels in creating her distinctive funky new sound. “The EP has been created from the soul with the aim of uplifting the human spirit”, says Naomi.

This EP is an expected follow-up to the first two singles that Naomi released last year. Especially with her first single release ‘Soul Smile’, she rapidly climbed the smooth jazz charts and reached #1 on several online Internet radio music streaming networks, around the world. From May 1st, 2020 the ‘Soulstice’ EP will be available on all online music platforms like AppleMusic,
Amazon, Spotify, Deezer etc. Naomi is looking forward to an exciting 2021 ahead, as well as the potential to tour internationally
and perform her spirited new sound live for audiences worldwide.

One of Dome Records’ most popular streaming tracks worldwide from the Full Flava catalogue is “Make It Right”, featuring the voice of Donna Odain. It has now been remixed by Bluey and Richard Bull, and this brand new, summery Incognito Remix is released on May 1, together with an equally fine Full Flava 2.0 Mix by the band’s producer Rob Derbyshire.

Co-written by Full Flava producer Rob Derbyshire and vocalist Donna Odain, the beautifully summery Incognito Remix is courtesy Bluey and his long-time collaborator Richard Bull. Donna’s delicious vocal is the highlight of this gently swaying, soulful cut, which is also stunningly remixed by Rob himself on the Full Flava 2.0 Mix. A perfect summer tune…

Listen to Make It Right on Smooth Jazz Buzz (Playlist 19/4). 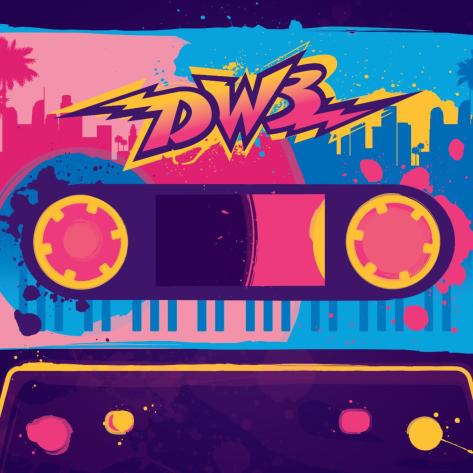 To help them flesh out their vision, the trio ensembles with a batch of SoCal’s top studio guns and brings the heavy hitting saxophones of Boney James, Richard Elliot and Eric Darius to the mix. Elliot helps get the album off to a slammin’ start, bringing his high-octane tenor fire (and some well-placed EWI generated vocals) to the loose, freewheeling funk opener whose title, “Let’s Have Fun Tonight,” sets the album’s overall intention.

While DW3 will surely always be playing the arrangements of crowd-pleasing pop and soul classics which made them a sensation among urban jazz fans, their new album lays a foundation for a band creatively transcending their past and embracing a future with no musical limits. Its inspiring to hear them integrate their classic vibe with fresh new sounds, contemporary melodies and songs that draw from all of their influences yet have their own distinctive flow. 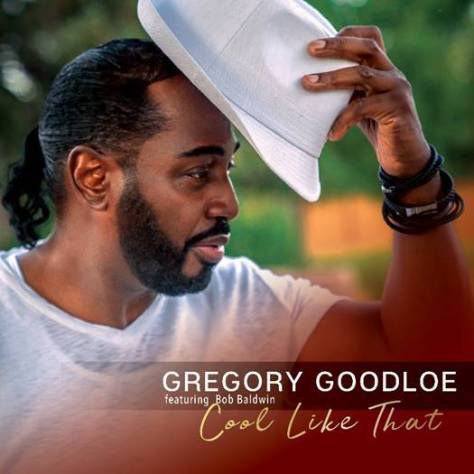 When R&B/jazz guitarist Gregory Goodloe dropped his new single, “Cool Like That,” at the beginning of March before the novel coronavirus outbreak hit the US with a vengeance, it was the No. 1 most added single on the Billboard airplay chart in its debut week and earned the most new spins in its second week. The song that he wrote with and features urban-jazz icon Bob Baldwin has taken on quite a different spin in the face of the health and economic crisis that have put lives, finances, and the future in peril. The track that was conceived to recreate the classic cool contemporary jazz sound and will serve as the title cut of his forthcoming album has become somewhat of an affirmation to Goodloe to stay calm and be fluid during this period of uncertainty.

“What’s on my mind is the unsureness of life. It’s very fragile. My mother, who is in her 80s, I worry about keeping her safe. My main concern right now is to be able to continue taking care of my mom,” said the Denver-based Goodloe who is doing his best to maintain his even-keeled cool despite so many unanswered questions about what’s ahead for musicians and the music industry.

“Cool Like That” is Goodloe’s first single since last June when he landed his first Billboard No. 1 single, “Stylin’,” which also topped the Mediabase and Smooth Jazz Top 20 charts. With Baldwin producing and crafting the lion’s share of the new single’s production as well as contributing shimmering keyboard flourishes, Goodloe’s crisp electric guitar recalls two of the legendary guitarists who inspired the track’s conception: George Benson and Wes Montgomery.

“When the idea came for ‘Cool Like That,’ I sought out the writing expertise of Bob Baldwin because he’s almost like a pure jazz enthusiast. I wanted to use his expertise to create that kind of vibe of when jazz was cool. I went through an era of listening to people like Herbie Hancock and wanting to be a musician. We thought it would be cool to be a jazz musician. That era includes your Grover Washington Jr.’s, Wes Montgomery and George Benson when he first came out. It was an exciting time – when classic jazz was the poster of what cool really was. So, I wanted my song to be cool like that, like that whole era. I wanted to reproduce that vibe,” said Goodloe.

Goodloe has been working towards a summer release for the “Cool Like That” album, but the stay-at-home mandate may lead to a delay. For now, he prefers to keep his cards close to his chest when it comes to the identities of the prominent hitmakers with whom he has been writing and recording for the collection. Goodloe admits to struggling to focus on songwriting since the outbreak.

“Some of the songs were written before the virus and I have yet to pen anything of any significance since the virus hit and the economic downfall. It’s kind of a solemn time and people are reflecting. You have time to create and hone your craft because a lot of things are shutdown.”

At the suggestion of a fan, Goodloe has spent the last few Saturday nights in his home studio playing live and connecting with fans on Facebook Live. He is going to continue what he has now titled “Saturday Night Hang” (7pm Mountain Time), which he sees as an offering to help people get through the crisis.

“The idea is to interact and try to ease people’s minds during this pandemic because a lot of people are panicking. They are frustrated and some are freaking out. The quarantine itself, some people don’t know how to handle it. So, I want to provide an hour escape. I kind of mix it up. Because some of my followers are Christian, I may open with a couple of Christian songs and read a bible passage. After that, I try to play songs that people recognize and they can sing to. I play familiar tunes and throw in some of my own music.”

Goodloe debuted as a solo artist in 2010 and has performed with an array of R&B, jazz and gospel greats including Howard Hewett, Surface, Tank, Ben Tankard, Shirley Caesar, John P. Key, The Rance Allen Group and Angela Spivey, and opened for Dave Koz, Brian Culbertson and Norman Brown. He also played one gig with award-winning blues artist Sista Monica Parker, an experience that perhaps answers the question about whether this crisis will diminish the joyous spirit that permeates his guitar play and songwriting as he works towards completing the “Cool Like That” album.

“I remember playing for Sista Monica and she only hired me one time because she said my blues is like happy blues. I don’t know if I would be able to write a song about the unhappy mood of current times because I don’t know if that part of me will come out. I’d probably just end up playing happy blues.”

Willie Bradley is a graduate of South Carolina State University, where he earned his BS Degree in Music Education and Performance. Over the course of his career he has become a go -to musician for many of Jazz and Soul music’s greats over the years. Willie’s stage presence includes performances with legends including Dizzy Gillespie, Clark Terry, Frank Foster, Max Roach, Betty Carter, Gerald Albright, Walter Beasley, Alex Bugnon, Ronnie Laws, Hiroshima and Marion Meadows.

Bold, yet simultaneously charming; edgy, yet at the same time beautiful; these seemingly opposing adjectives might well-describe the music of artist/trumpeter Willie Bradley, but also fittingly tell about the man! Willie Bradley’s music brings together many varied styles, and takes Smooth Jazz to a whole new level.

His new single “It’s On Now” is Willie’s strongest melody, and together with Ragan Whiteside’s contribution on flute a killer song. 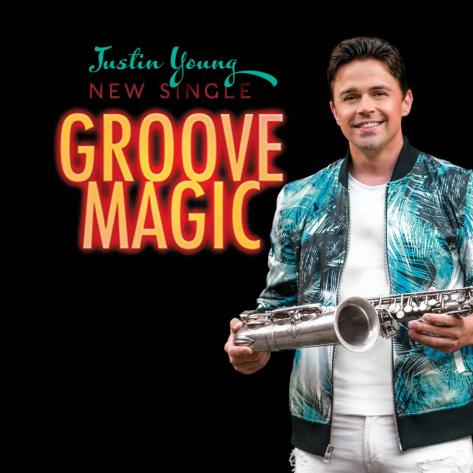 Justin Young sounds utterly natural when he plays, as if his extraordinary saxophone talent never needed formal training. But those mellifluous lines of soulful notes come through years of study, training and commitment to his love of music, as well as a constant desire to move forward.

“As a musician and songwriter, we try to make people feel good. Music has the power to heal. Its something we all need”